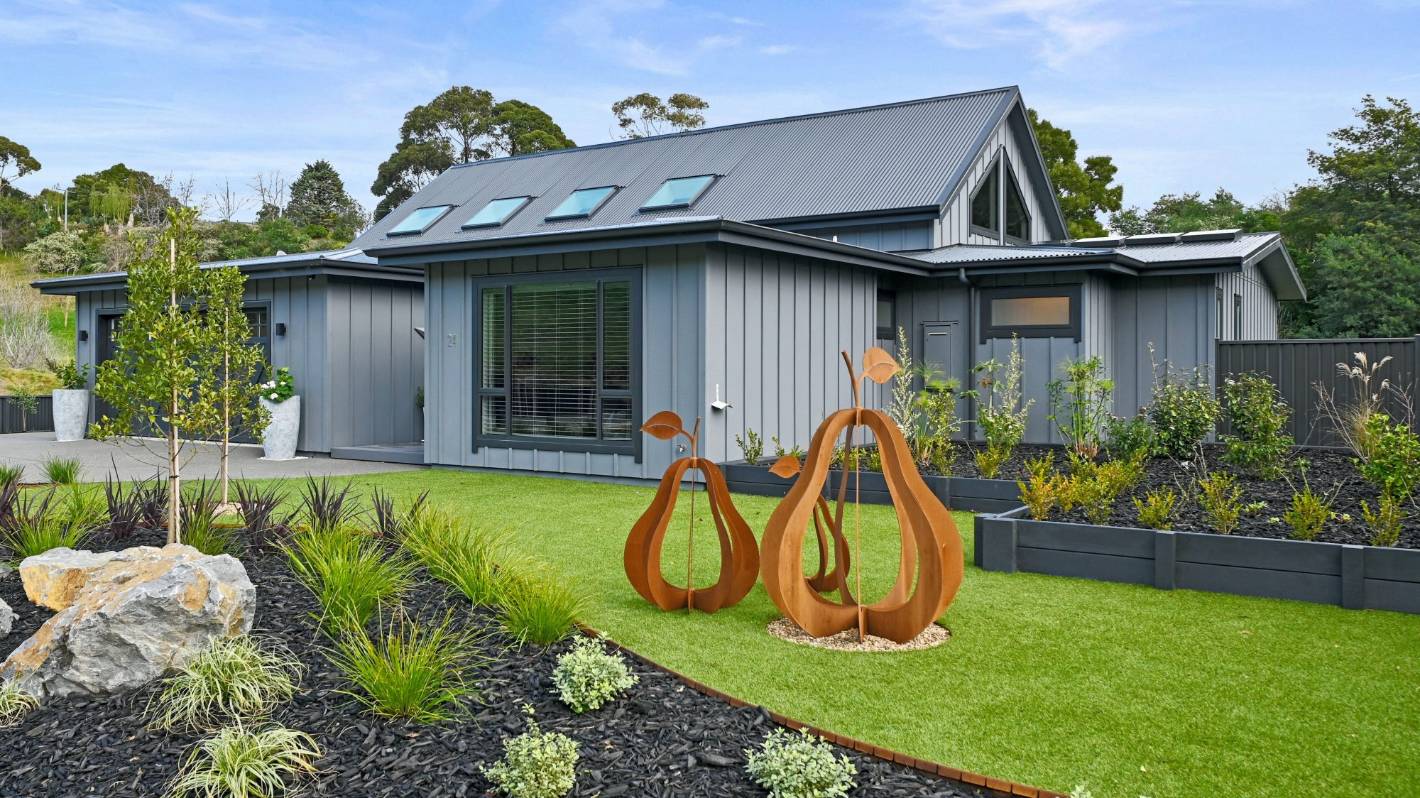 Owning a bed-and-breakfast was going to be a retirement plan for Stephanie and Jesse Cheney, but a series of serendipitous events dramatically accelerated the timeline.

When the old Wiscasset Green building hit the market, they decided to go take a look, thinking the building could make an amazing bed-and-breakfast, said Stephanie Cheney.

As they watched, the couple chatted with listing agent Jessica DeLisle about their idea to renovate it. DeLisle told them about The Tipsy Butler, the bed-and-breakfast at 11 High St. in Newcastle that she owned with husband Attila.

Ultimately, after researching the renovation schedule, the Cheneys decided not to go ahead with the purchase of Wiscasset Green. But a few weeks later, the couple received a call from Sherri Dunbar of Tim Dunham Realty.

The DeLisles were now selling The Tipsy Butler, Dunbar said, and Jessica DeLisle wanted to know if they wanted to come take a look.

Stephanie and Jesse Cheney agreed, mostly out of curiosity.

“We didn’t even tell the kids,” Stephanie Cheney said. “We just wanted to have a look, but walked in and fell in love immediately.”

All the pieces fell into place soon after. The DeLisles wanted to sell The Tipsy Butler fully furnished, along with its website, social media pages and reservations already on the books. 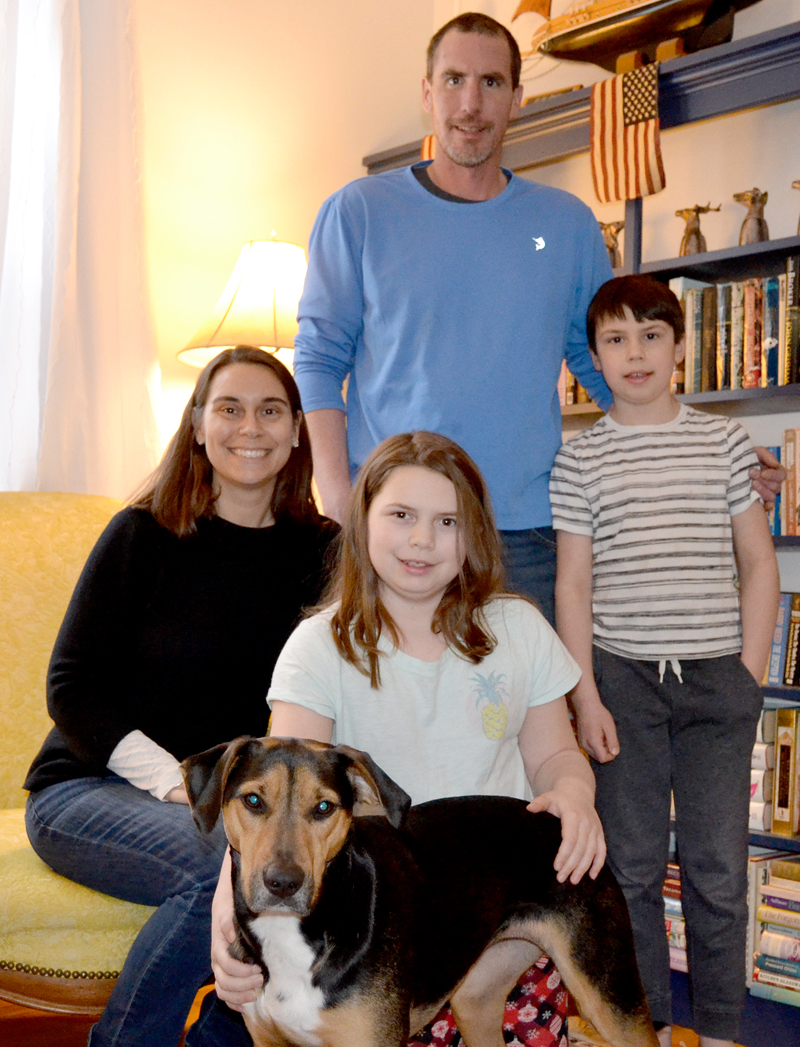 Stephanie and Jesse Cheney, pictured with their children Hannah and Sawyer and their dog Daisy, are the new owners of The Tipsy Butler in Newcastle. (photo Maia Zewert)

Jean Huber, vice president of the Boothbay Harbor branch of First Federal Savings, guided the Cheneys through the purchase.

The sale was closed on February 10.

“It really couldn’t have been smoother,” said Stephanie Cheney. “If COVID has taught us anything, it’s that time really is precious. When this opportunity presented itself, we were like ‘why not? Let’s go for it!’

The DeLisles completely renovated the 1845 Greek Revival building when they bought The Tipsy Butler in September 2018, from replacing the roof and rebuilding the porches to adding parking and gutting the kitchen .

In 2021, they installed 37 solar panels on the roof of the bed-and-breakfast, which almost completely offsets the amount of energy the building uses, Jesse Cheney said.

With their home in Alna now under contract, Jesse and Stephanie Cheney, along with their children Hannah and Sawyer, reside at the bed-and-breakfast. They plan to renovate the second floor of the attached barn into a living space.

“(The DeLisles) were thrilled that it would go to the locals who appreciated the renovations they had done, that we were going to live here with our family and were going to continue to run it as a B&B,” Stephanie Cheney says. .

Both children are happy to help around the bed-and-breakfast. Sawyer, 9, loves to cook and “makes a mean quiche” while Hannah, 10, loves playing the piano, Stephanie Cheney said.

While preserving the Tipsy Butler’s renovation and interior design, the Cheneys made a few minor changes. Along with adding a coffee nook, mini-fridge, and tables to all four rooms, they’ve introduced a contactless delivery option for visitors who would prefer to have breakfast delivered to their room.

The Tipsy Butler will continue to focus on local produce when it comes to sourcing breakfast ingredients and room amenities. The Cheneys work with SeaLyon Farm in Alna, Trillium Soaps in Rockland and Carrabassett Coffee in Kingfield. They plan to carry items from businesses for customers to purchase.

“We are really interested in forging local relationships to support people in the community,” said Stephanie Cheney.

This also extends to community integration in The Tipsy Butler. Stephanie Cheney said she plans to hold an open house in the spring once the weather warms up and hold community yoga on the lawn in the summer. She also hopes to feature local artists in the common areas of the bed-and-breakfast, displaying artwork that guests could purchase.

Stephanie and Jesse Cheney will balance their work for Lincoln Academy and Central Maine Medical Center, respectively, with their new responsibilities. Although owning a bed and breakfast is not something the couple have done before, said Stephanie Cheney, they are excited about the new venture.

“I worked in a bed and breakfast when I was younger and I worked as a waitress and I did a lot in the restaurant business, but it was all working for someone else,” he said. she declared. “Being able to do things the way we like to see them or in a way that we have experienced and enjoyed is really exciting. And being able to share such a beautiful home with guests is so special.”