The mayor of Richmond is visiting the city’s accommodation providers to find out how they have coped with the impact of the pandemic.

Cllr Lorraine Hodgson walked around town this week speaking to owners of guest houses and bed and breakfasts.

Cllr Hodgson, who has visited dozens of stores and businesses in the city over the past year, said she wanted to show her support for Richmond accommodation providers, some of whom have only started hosting of guests only this week after the last lockdown.

Among those she visited was Millgate House where she spoke to Austin Lynch, who runs the B&B with her partner Tim Culkin.

Millgate House has won numerous awards over the years and was recently featured in the US magazine A Year In The English Garden.

The advisor said, â€œIt was nice to meet Austin who showed up. Millgate House is steeped in history and the house’s style, decor and artifacts reflect its rich and fascinating heritage.

â€œWe also took a sly glance at the guest rooms, some of which don’t start renting again until May 17th.

â€œThe gardens won’t open in the near future, but when they open again I would highly recommend a visit.â€ 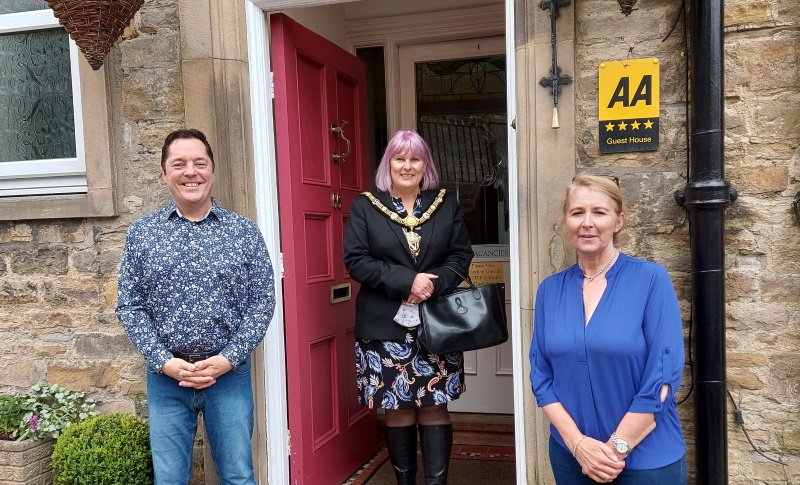 The visits will be one of the last acts of Cllr Hodgson whose term as mayor ends on May 27 during the official mayoral appointment ceremony for 2021/22.

The counselor said she decided not to run for a year, although her tenure was disrupted by the pandemic, as there were other projects she wanted to work on, including helping elementary school children. of the city to learn about the functioning of the council.

Gemma Campbell, 38, and Audra Ames, 51, were left at Porlock House in Jarrow, which …