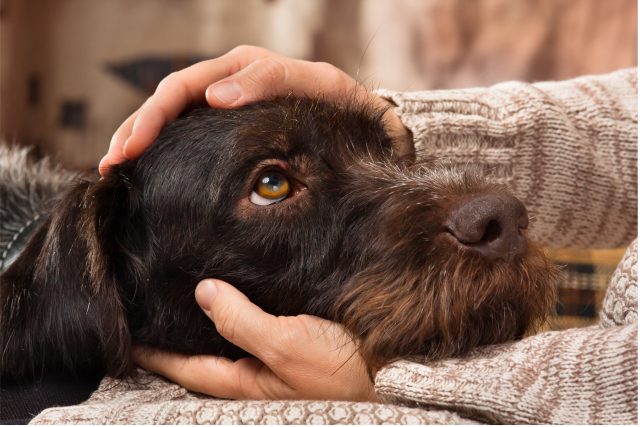 Since the start of the COVID-19 pandemic, more than 23 million households have adopted a pet. Readers may recall that in the early months of 2020, animal shelters across the country reported that nearly 100% of their animals were adopted. This increase in animal adoptions was linked to the growing number of Americans working from home. While many feared these animals would be rehomed when Americans began returning to the office, that has not been the case as 90% of dogs and 85% of cats adopted during the pandemic have stayed with their new families.

With the further increase in Omicron COVID-19 cases forcing many Americans to quarantine at home, pet adoptions are on the rise again. Although some of these owners have previous experience raising a pet, many Americans who are currently looking to adopt a pet have no prior experience. Labradoodle owner Andrew James Lodge MD knows firsthand the challenges of first-time dog ownership. Although Labradoodles have become one of the most popular breeds in the United States, they are also known as a very energetic breed that can be difficult to train. Through his experience raising Labradoodles, Andrew James Lodge MD has gained valuable insight into common mistakes made by first-time dog owners and how best to avoid them.

Believing how they act in the shelter is their “true” personality

According to the United States Humane Society, 1.6 million dogs are adopted from shelters each year. When inexperienced pet owners go to a shelter to pick out a puppy or dog, they often take different dogs to the playground to get a better idea of ​​their personalities and see if they’re compatible. However, assuming that the personalities of the dogs in the shelter are their personalities for the rest of their lives is a mistake. Most often, shelter dogs are in a depressed or anxious state, having been abandoned by their previous owners, rescued from the streets, or even potentially abused. So the personality a dog exhibits in the shelter will likely be their natural reaction to a stressful environment. Instead, expect to see a dog’s true personality once it has settled into its home environment, between 2 weeks and 4 months after adoption.

For many new owners, adopting a dog that seemed calm and quiet at the shelter only to come home to find that the dog is very energetic can be frustrating. If an owner is looking for a calm temperament in a dog and thinks it would best suit their lifestyle, there are steps they can take before adopting to make sure their dog’s personality fits in well. Before adopting a dog, ask the shelter for as much information as possible about the dog’s previous life situation and research the breed to help determine the most likely personality.

Not establishing house rules in advance

More often than not, when a first-time dog owner brings home their new furry friend, they will walk through the door and immediately leave the dog off-leash to explore their new home. While exploring, the dog may jump on beds, put his paws on the table, counter-surf or have all kinds of problems. Andrew Lodge states that when the dog inevitably does this previously unpunished behavior in front of its owner, the owner becomes frustrated with their new pet. However, whether this happens on the first day or the first few weeks, it will lead to confusion for the dog. To set your dog up for success, Andrew Lodge says you need to start enforcing house rules from day one, which means discussing the rules that will be followed with other members of the household. It is common for first-time dog owners to allow their dog to do an activity for several weeks before deciding that they no longer want the activity allowed. While this is an understandable reaction for new owners, it should be avoided whenever possible.

Perhaps the biggest mistake dog owners make is breaking their rules and getting frustrated when their new dog doesn’t follow them. We know that all dogs can learn rules; however, dogs will generally struggle with rules that have frequent exceptions. If, for example, an owner does not want his dog to jump on guests who walk through the door, he will have to react negatively if his dog jumps on every person. If an owner likes his dog to jump on him when he enters the door but does not want his dog to jump on another guest, it will probably cause confusion for his dog. Or, if an owner doesn’t want their dog on the couch, they can’t leave their dog on the couch on some nights when watching a movie. The best way to ensure a dog follows a rule every time is to stay consistent; Unfortunately, many first-time dog owners learn this late in their dog’s training.

The best way to avoid inconsistent rules is to make sure everyone in the household agrees on the same rules for the dog and understands the importance of following them. Pets thrive when there is structure inside the home, so make sure all family members agree on when the dog can be rewarded, what furniture the dog is allowed on, and types of food they are allowed to eat.